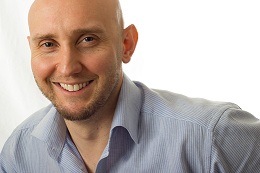 Stephen West (BSc.Lic.Ac.MAcSAc) is a fully qualified acupuncturist practicing in West Sussex and Kent. Stephen graduated from the International College of Oriental Medicine (ICOM) in 2004, where he achieved a Bachelor of Science Degree in Oriental Medicine. He has been in Private practice since and is currently practicing acupuncture in Tunbridge Wells, Kent, and Horsham, West Sussex.

Stephen also belongs to The Acupuncture Society and is a teacher and Clinic Supervisor at the International College of Oriental Medicine (ICOM).

See below for Stephen’s qualifications.

What Kind of Acupuncture does Stephen Practice?

Stephen is an ICOM trained practitioner, therefore he practices Classical acupuncture. Stephen takes into consideration all the aspects of the individual in order to address the root cause of the condition rather than just the symptoms alone. Treating conditions this way helps to eradicate any underlying conditions as well as the symptoms in order to minimise re-occurrence.

Stephen achieves great results from his practice and continues to improve his skills through regular study and CPD courses.

Stephen also practices facial acupuncture in Tunbridge Wells for facial revitalisation and the promotion of healthy skin. This kind of treatment brings about an enhanced complexion and healthy glow to the face as well as helping to eradicate small lines and wrinkles and enhancing the elasticity of the skin to have a mild lifting effect. For more information on facial acupuncture please click here…

Through his extensive training, Stephen West is qualified to treat a wide range of conditions. He has achieved great results using acupuncture for migraines, infertility treatment, gynecological conditions and pain relief in general. He also wrote a Thesis on acupuncture for insomnia and knows a great deal about the subject.

During his acupuncture studies, Stephen also achieved a Diploma in Swedish massage, thus further expanding his knowledge and understanding of human anatomy. He is also a Second Degree Reiki practitioner. For more information on massage and bodywork please click here…

Why Stephen West became an acupuncturist

Stephen was lead to the study of acupuncture through his love of the martial arts, a journey he began at the age of seven. In his early teens he began delving deeper into his martial arts practices by studying martial philosophy, which led him to the study of Chinese philosophy and later, Chinese medicine. Stephen became a martial arts instructor at the age of 19 and ran two successful classes in the South London areas until the end of his acupuncture studies in 2004. He then traveled extensively throughout Asia for a year to further his knowledge of the martial arts and acupuncture.

For further enquiries, Stephen West can be reached directly on 07962 675311 or by email acuwest@gmail.com

Book an appointment with Stephen

You can find out more about which cookies we are using or switch them off in settings.

We Are Not Currently Accepting New Patients

We are not currently accepting new patients at the moment. We apologise for any inconvenience.

In the meantime, we recommend using the ‘Find An Acupuncturist’ feature on the British Acupuncture Council website, below. Thank you.

This website uses cookies so that we can provide you with the best user experience possible. Cookie information is stored in your browser and performs functions such as recognising you when you return to our website and helping our team to understand which sections of the website you find most interesting and useful. For more information see our privacy policy.

You can adjust all of your cookie settings by navigating the tabs on the left hand side.

Strictly Necessary Cookie should be enabled at all times so that we can save your preferences for cookie settings.

If you disable this cookie, we will not be able to save your preferences. This means that every time you visit this website you will need to enable or disable cookies again.