A Brief History of Acupuncture

Acupuncture has a very interesting and mysterious history as know one really knows for sure how old it is or as to where it truly originates. The most current lineage of acupuncture is from China with it’s most ancient texts dating back 2,500 years however, in these texts there are references to further texts that got back 3,500 years. The oldest known text is called the Classic of Internal Medicine of the Yellow Emperor. All styles of acupuncture practiced today trace their roots back to this text.

For a list of chronological events that have shaped and moulded the practice of Chinese medicine and acupuncture over the centuries, click here. 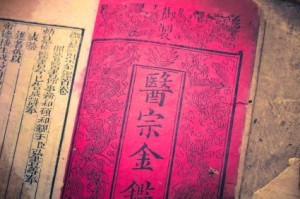 It is amazing to think that ancient scholars with no scientific technology discovered many secrets of biomedical science that are now known to us today.

Factors such as the human energy field, the energetic effects produced by climate changes, the energetic nature of food and there effects on the body and the effect of emotional stresses on the immune system and the internal organs were very much a part of ancient Chinese pathology and greatly considered in treatment then as they are in a modern treatment today.

Acupuncture is originally and most effectively an holistic form of treatment, whereby treating the person as a whole rather that treating isolated symptoms. During the Chinese cultural revolution from 1949 and the solidification of communism in China, Chinese medicine underwent some drastic changes in the Chinese regions.

To follow the communist principle that everyone is equal and has the same as everyone else, a form of acupuncture treatment known as Traditional Chinese Medicine (TCM) was initiated, stripping away many of the laws and principles of Classical acupuncture.

acupuncturist could be trained much more quickly and armed with only a basic knowledge they could be sent out into the community in greater numbers to help treat people.

This kind of acupuncturist was known as ‘the barefoot doctor’. In theory it is not a bad idea however, by stripping away a vast amount of the principles and treating symptomatically rather than holistically meant that the effectiveness of the treatment was greatly reduced. Thankfully, the ancient classical styles of acupuncture still managed to survive during this period of outlaw in China, in countries such as Vietnam and Indonesia.

Prior to 1991 the world was convinced that acupuncture has it’s origin’s in China, and it may well do however, a shocking discovery turned the theory up side down when two German tourists hiking in the Otztal Alps came across a human corpse frozen in the ice. This discovery was to later throw a question mark over the origins and lineage of acupuncture.

The corpse, an early European man from the copper age (approx 3255 BCE) was excavated and flown by helicopter to the town of Vent in the Austrian Ötz Valley.

Upon examination of the corpse now nicknamed ‘Otzi the ice man’, he was discovered to have strange tattoo markings on his body, markings that would later be recognized by a German acupuncturist as acu points. Some of the combinations of points marked on Otzi’s body were, and still are used by acupuncturist s today to treat conditions of the stomach, arthritis and diseases of the hip.

Upon further inspection of the corpse, Otzi was found to have a whip worm in his stomach that would most likely have caused symptoms alleviated by the point combinations. He was also shown to suffer from arthritis and degenerative hip disease. In his possession, Otzi had with him a small nap-sack containing several small needles made from bone and flint.

It was determined that as he was a nomad, a wanderer and had visited an early physician to have acupuncture treatment for his symptoms. Due to his nomadic lifestyle, it is suggested that the practitioner had marked some of the points for Otzi to apply the treatment himself for relief of his symptoms whilst he was traveling.

Otzi’s body dates to around 5,300 years old and is currently on display in the South Tyrol Museum of Archeology. Not only does Otzi’s body predate the earliest Chinese medical texts but it was also discovered thousands or miles away from China, way up in the French/Italian alps.

In recent years there have also been discoveries of cave paintings found in the Southern France region. These paintings depict man and the meridian lines of the body used in acupuncture theory. Again, these cave paintings predate the most ancient Chinese medical texts.

You can find out more about which cookies we are using or switch them off in settings.

We Are Not Currently Accepting New Patients

We are not currently accepting new patients at the moment. We apologise for any inconvenience.

In the meantime, we recommend using the ‘Find An Acupuncturist’ feature on the British Acupuncture Council website, below. Thank you.

This website uses cookies so that we can provide you with the best user experience possible. Cookie information is stored in your browser and performs functions such as recognising you when you return to our website and helping our team to understand which sections of the website you find most interesting and useful. For more information see our privacy policy.

You can adjust all of your cookie settings by navigating the tabs on the left hand side.

Strictly Necessary Cookie should be enabled at all times so that we can save your preferences for cookie settings.

If you disable this cookie, we will not be able to save your preferences. This means that every time you visit this website you will need to enable or disable cookies again.